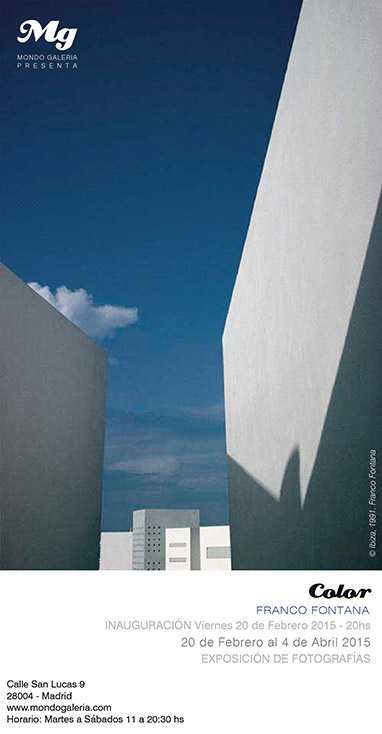 “...Photography does not need to copy what is visible, but it should make visible what it is invisible.”

MONDO GALERIA presents for the first time in Madrid a solo exhibit by ‘the photographer of colour’: Franco Fontana (Modena, 1933). The photographs done by this prolific Italian artist show us his personal world, created in between the parameters imposed by the photographic lens. The colour composition is the first thing that strikes us from these images that create a non-chronological overlook of his oeuvre. In the 60’ Fontana constructs his imagery inside the rural Italian landscape and then he moves forward to Europe firs and to urban American landscape after that. Finally in the last decades he arrives to female body and later to classical sculpture that are what he photographs today. His work is part of the most important international collections including NY MOMA, Modern Art Museum of Paris or IVAM in Valencia

This exhibit is possible thanks to a collaboration with Sabrina Raffaghello Arte Contemporanea and the Instituto Italiano de Cultura in Madrid and brings to us the works of a photographer who creates a photographic discourse that didn´t exist before him. Mastering the elements offered by photography to distort the world, Fontana creates a series of abstract landscapes (at the beginning) and stories filled with emptiness (later) moving us to an imaginary space in between the literature of the American novelist Raymond Carver and the theorist lucubration by Italo Calvino.

Casual but elaborated compositions, soft brush strokes of what we all have in front and just a few see is what fills this works with a familiarity full of sophistication. The nicest thing in his work is that complex things appear as easy, and the abstract thought enters our eyes as never before full of figures.

This last exhibition marks a turning point in his research: in the practice of photography he began inventing his own language, closely balancing abstraction and the everyday pragmatism which is typical of his native land. He attempts to reconcile macrocosm and microcosm as his contemplative subjects. «Fontana has been able to generate “the photographic colour” without transferring its sign as idea» (A.C. Quintavalle). He has published over 40 books in Italian, Japanese, French, German, Swiss, American and Spanish editions, and has exhibited in over 400 solo and group exhibitions in museums and galleries around the world.

He has received numerous awards including the Cologne Photokina (1974), the appointment of Master Photographer from the Italian FIAF (1995) and the honorary degree in ecofriendly Product Design (2006, Faculty of Architecture, Polytechnic of Turin).

He signed many advertising campaigns (Canon, Railways, Fiat, Robe di Kappa, Snam, Sony, Volkswagen and Volvo, Versace, Kodak).
He held conferences and workshops abroad (Guggenheim Museum in New York, Tokyo Institute of Technology Academy of Brussels, University of Toronto) and in several Italian cities. He has collaborated with magazines and newspapers such as Time-Life, Vogue USA and Vogue France, Venerdì (La Repubblica), Sette (Corriere della Sera), Panorama, Frankfurter Allgemeine, Epoca, Class, New York Times.
He is Artistic Director of the Toscana Foto Festival, and he collaborated with the Centre Pompidou and the Ministries of Culture of France and Japan. 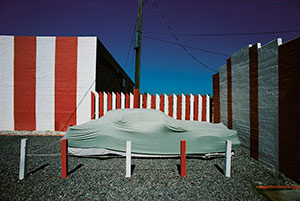 (Landscapes of an Exile)

The aritsit will be available for book signings and the publisher Montse Puig will be here to present ANÓMALAS. 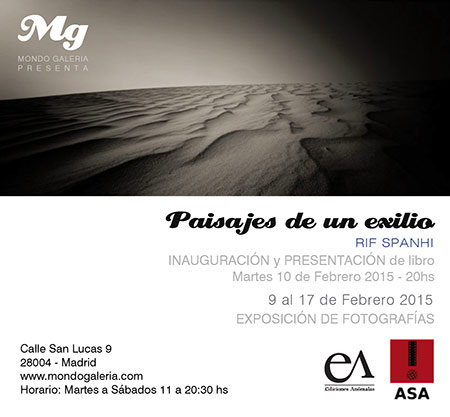 “...What do all exiles have in common, starting with the first, that of Ulises, who took twenty years to return to his island after the Trojan war? Maybe a sense of unreality.”

MONDO GALERIA presents the solo exhibition of Rif Spanhi (Mallorca 1972). In this exhibition we will be able to discover the work he completed in the Algerian Sahara.

The photographs from the exhibition are compiled in the book “Paisajes de un exilo,” published by Ediciones Anómales in 2012 to present a poetic photographic vision concerning the tragic reality of exiles. Tindouf camps become a vehicle to transport us within the psyche of an exile: a sense of distance, uprooting, and a deep understanding of the human condition.

Time is only capable of moving forward, it cannot stop. These photos where made with a pinhole camera to accentuate this idea and present a dreamy mist, representing the irrevocable condition of human memory and inviting us to re-interpret the artist’s vision, which abstracts the experience to the very essence of human sensation.

Against the continuous stream of hyper-realistic images that illustrate today’s conflicts, Spanhi’s haikus penetrate much deeper than simply the surface of one’s retina. They memorialize, question and involve.

This photography exhibition was realized thanks to Anna Sever (ASA Agency). On the opening night the artist will be available for book signings and accompanied by his publisher Montse Puig (Anomalous Editions), with mention of connected authors José Manuel Navia, Israel Ariño and Salvi Danés.

His very personal work is a reflection of his habitat. The places that we live, the landscapes we conform to – we cannot help but be shaped by them. Our relationship with the landscape – man – naturally defines Spanhi’s work.

His work has featured as a finalist in international competitions like “People-Places-Things,” of The Center for Fine Art Photography Colorado, The London Photographic Awards Adsight 2005, and he received a mention of honor in the IPA 2006 prize, among others. His work has also been exhibited in Palma in Mallorca, Barcelona, Seville, Castellón, London, Lima and Colorado. 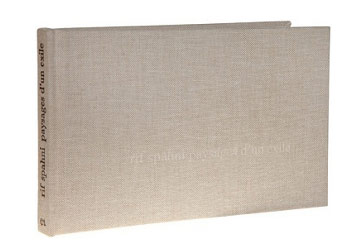 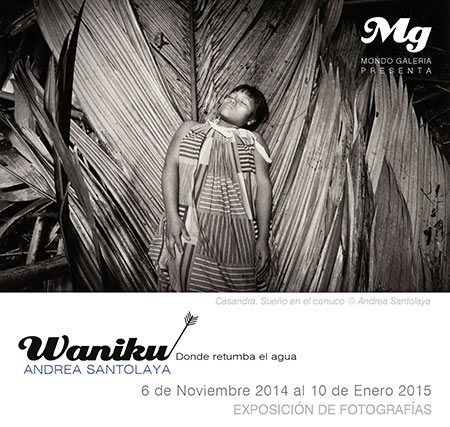 (Waniku. When the water rumbles)

“There was a young girl, Warao, whom they called “Good arm” who had a bow and arrow. When she shot a white bird she never missed (…) but one time she did miss, and the arrow brushed past the bird’s feathers and began to fall. So she went to the arrow, the archer, and reached the place it fell. “Where did my arrow go?” She asked herself.  She looked everywhere but could not find it. Suddenly she noticed a small hole, and began to dig. Digging, she crossed the sky floor. As she turned it, she looked at the Earth. *

MONDO GALERIA presents “Waniku. Donde retumba el agua,” the new work of Andrea Santolava (Madrid, 1982) where she explores femininity through the mythological Warao culture set in the Orinoco Delta jungle, to the east of what is now Venezuela, in the state of Delta Amacuro.

The Warao woman is the pillar of an endangered culture, and Andrea Santolaya’s photographs pay homage to her in an elegant, respectful and dreamlike way, inviting us to enter a world in which time and distance give way to abstraction. Santolava approaches femininity as a theme familiar from previous work, where she looked at a variety of women including boxers of New York (A Round, 2010) and the ballet dancers of the Mikhailovsky Theatre in St. Petersburg (Prelude, 2012). 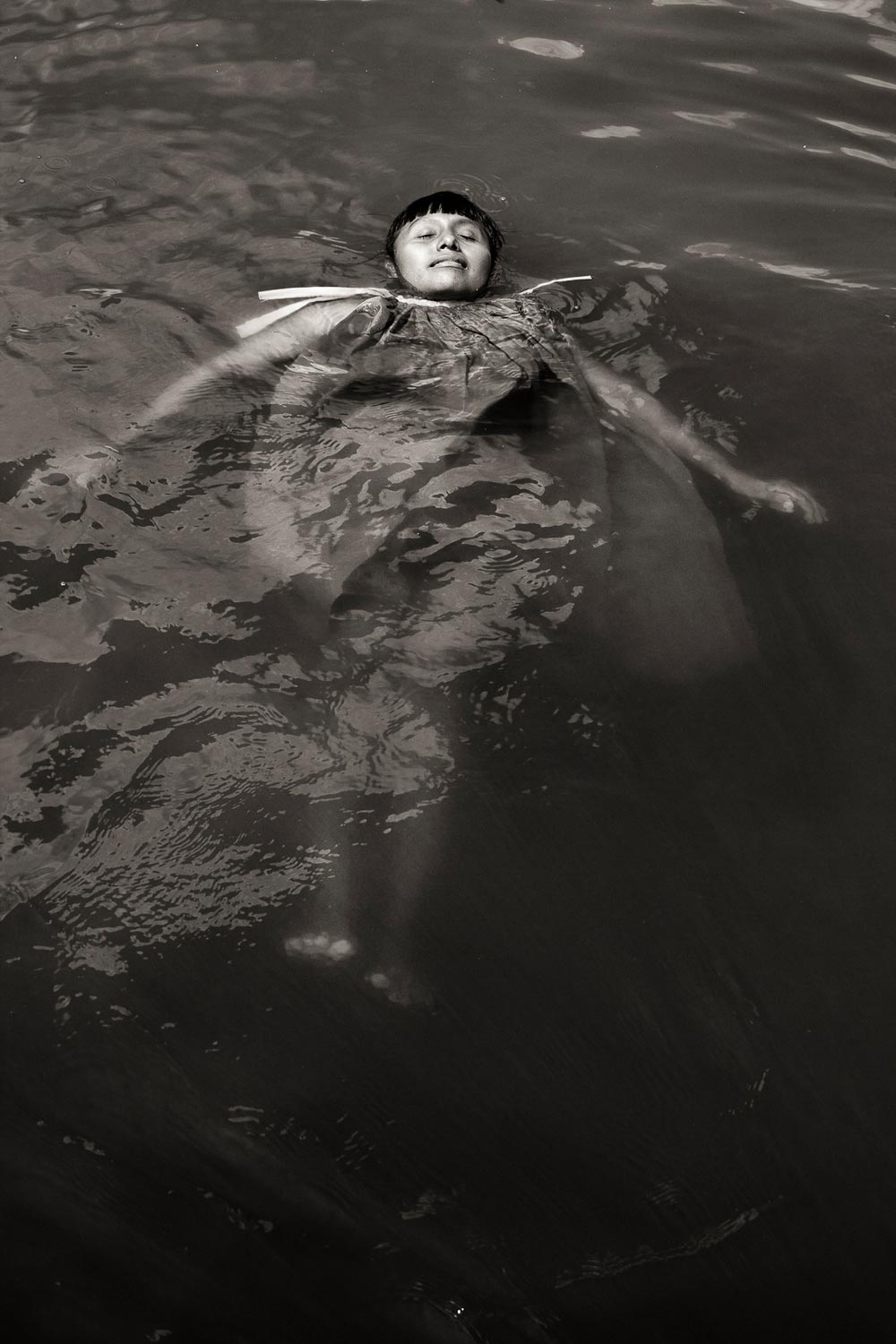 Beyond the evocative poetry of the installation, accompanied by the piece “Waniku” made exclusively by the musician and audio-visual creator Jorge Bandolato, this exhibition consists of 29 exquisite photographic images. They are produced in silver gelatinoclobromide on barred paper facing the selenium in the laboratory of Ruben Morales and under direct supervision and collaboration of Andrea Santolaya.

“Portraits of a round trip“

“...Of course I knew who was Keith Haring, who was Robert Mapplethorpe, who was Andy Warhol
or who was Grace Jones... I was lucky to be there...” 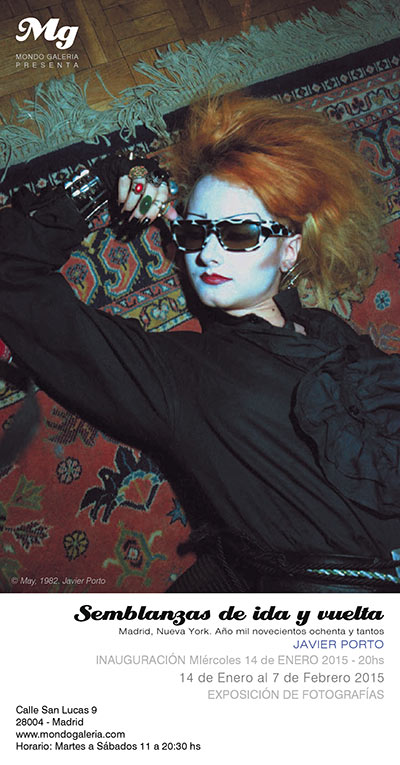 MONDO GALERIA presents a solo exhibition of the enigmatic photographer Javier Porto, who was a point of connection between the mythical city of New York and Madrid in those days when Andy Warhol and Pedro Almodóvar were protagonists of a well agitated night (and day) life. “La Movida” has exist as an artistic movement? Was there "Pop" as an active group? Or it is History what compels us to classify some trends of each era into a bag of soft candies?

Grace Jones, Alaska, Robert Mapplethorpe, Carlos Berlanga. The photographs by Javier Porto (Madrid, 1960) are, today, an historical document of a period in which what seemed most important was to destroy History. Some 25 snapshots in which we can find the similarities, distances and connections between two cities that have always desired and repudiated each other, seduced and envied one another, almost like a misunderstood love story.

To get rid of the past by creating a new present was the way that slowly but at variegated steps Postmodernity was built.
The early 80' are seem so far away today, and however, may be the beginning, the root of our current state of calm in which the spectacle seems to be the normality, sat every morning to our table.

While photographing the Madrid of Almodóvar, Nacha Pop, Favio MacNamara or Jaime Urrutia, Javier Porto met Robert Mapplethorpe at the Gallery of Fernando Vijande. He traveled to New York to be his assistant. There he related to the Other city, with the protagonists which included Susan Sontag, Grace Jones, Andy Warhol and Keith Haring. This allowed him to be part, keeping the tacitly preferred by him, of situations that today seem to be part of urban Fables and however (and despite the time passed) still starring on the current cultural mesh which reinvents itself cyclically. 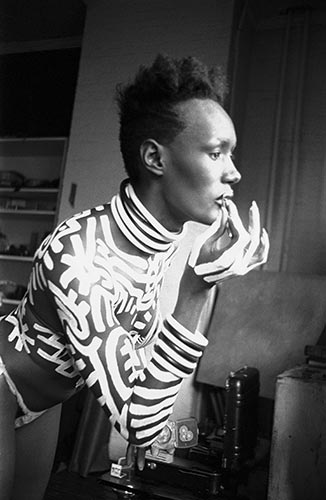 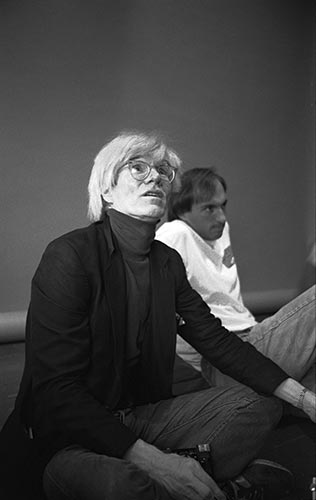 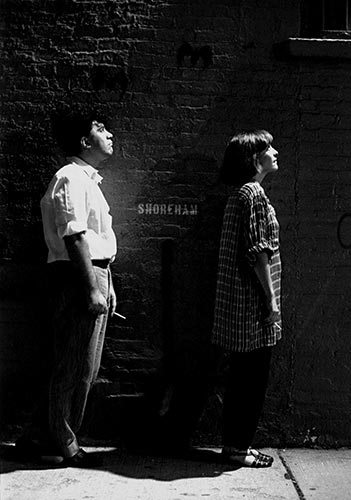 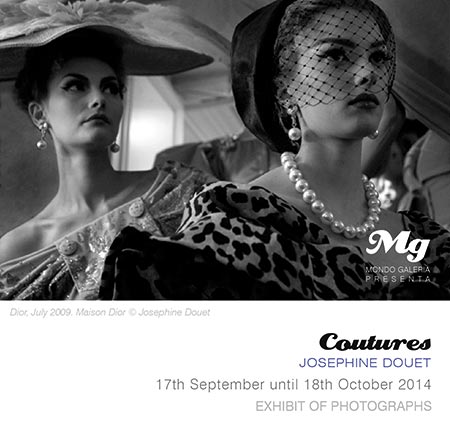 Exhibition of photographs of the hidden world of Haute Couture

"… Fashion... is first and foremost a social device characterized by a particularly short temporality, by more or less whimsical turns, which may affect different areas of collective life.”

The Empire of Fashion. 1990. Gilles Lipovetsky

MONDO GALERIA opens the new 2014-2015 exhibition season with 'Coutures', an exhibition of photographs by Joséphine Douet, a stroll into fashion as we have never seen it: behind the scenes, where the ephemeral empire of fashion brews. As a fairy squatting into the backstage of the most coveted fashion shows in Paris, Josephine portraits during twelve years the details, the subtleties, the puffs that can be sensed in that impenetrable air of luxury, calm and voluptuousness.

I´ve started to photograph the backstage of the Haute Couture in Paris by the beginning of the Millennium, before Internet and communication obsession, when it was still a place of peace and concentration. We were only five photographers, always the same five, dancing like butterflies around the models dressed in utopic costumes, trying to be as invisible as we could.

The silence prior to the show, the slow movements, and suddenly that cry "line up!" (in a row). Then is when serious things start: models in a row, the last touch-up, outputs, and the rush to change clothes. But all without stridency, but with the calm that allows the extreme training.

Haute Couture is a place of disciplined madness. Hundreds of hours of work to turn a sketch into a real dream, by thousands of pleats, sequins, appliqués and so many stitches given strictly by hand, in order to create a dress that can be worn only once. Fashion photography in these conditions has to be fantasy, also a fruit of a discipline imposed by the narrowness of the space. We must tell a story. Fashionable, but a story. Each image shall enlarge the vision of the designer and transmit the gaze of the photographer.

Passion comes together at that unique moment. Hope you enjoy. 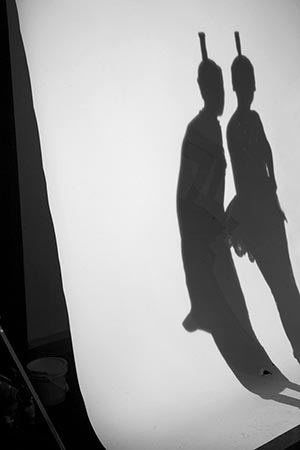