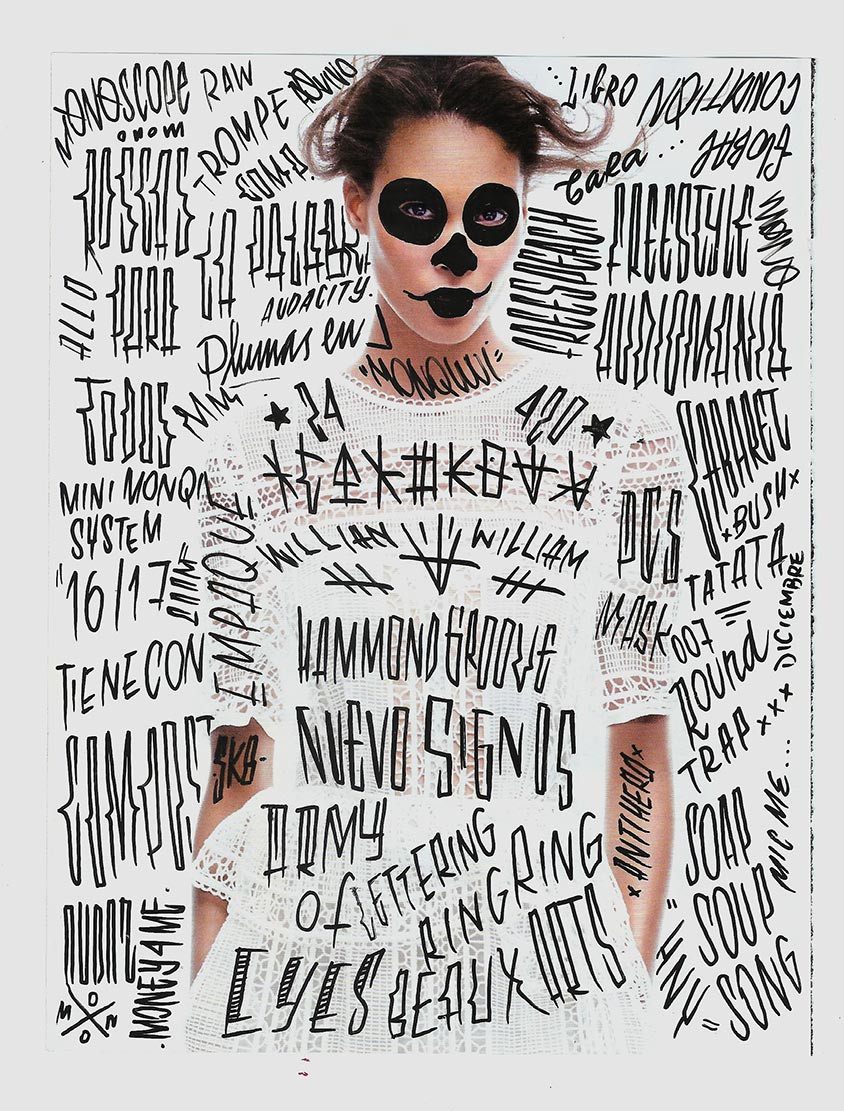 Euroidiomas Foundation, in collaboration with MONDO GALERIA - Madrid, are pleased to present, for the first time in Peru,“La resistencia de la tinta” | Mono Grinbaum (Brandingfobia), a probject by Brandingfobia, the alter ego of Mono Grinbaum, an artist born in Argentina who has been working in the city of Lima for many years now.

Brandingfobia is a project with which the artist establishes a repellent nexus between the world of consumption and mainstream seduction, with the stroke of his ink and the verbiage of his drawing.

More than 20 images and a site-specific installation will take over the headquarters of the Fundacion Euroidiomas in Miraflores for a month. It will be an unrivalled walk towards an international look at the latest trends in drawing, design and battle culture, paying tribute to that which vanishes in its path; from the vernacular Peruvian ‘chicha’ to the work of the most acclaimed warriors of the “tinta limeña” such as Elliot Tupac or Cherman Kino Ganoza. 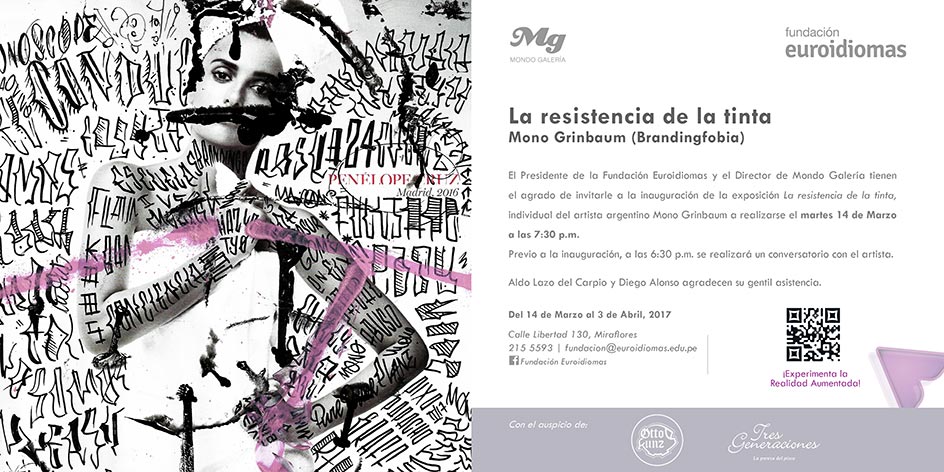 In order to not become beasts, they get drunk
Of space and light, and of skies burned;
The ice that bites them, the suns that tan them,
They slowly erase the imprints of the kisses..

Ink is a kind of memory that dries at its own pace,
It disappears and we can trace no more than its existence. There are spaces in which it flows and penetrates,
There are others where it flies overhead.
There are seas of Yakusai ink and there are deep scars in SaigmesterWalsh.
Bullets shoot to cities bored by leisure.

Chicha (peruvian Pop) has marked a step, it reaches Lima from the jungle. “Bajando del Aconcagua (Down from Aconcagua)”, sang the Koya, who became black, then became Indian.

This entire emollient world, in which borders are already crests, is the world that rebuilds the pride of Brandingfobia. A path chiselled from the edge of the pen. A subtle agony full of doggish smiles. Does Argentina suffer so much in blood (ink) for its limenian mother?
From the Andean sky to the epicentre parable.

I was waiting for you in a car, you came up, I went down, I left, you left and that’s how it ended.

Two strokes, stench, cooking, elegance and on your carnal desire a jet of liquid bullets.

Posters, billboards, clothing, prayer, fluorescents and words. Can I walk that furrow in which I was sailing? There is a way to explain a past that overwhelms us disguised as imperfect past tense. ONE TRACE.

See the sliding blood of a feather turned into a marker of solvent flow, or in the simple and badly ejaculated paint tube. It is a moment to behold. To discover, to hide. Under a paper cloak that covers just cities. It floods deserts and fills us with traces, of its history, about its empire. And a winged defender comes down from a terrestrial sky to defend us, from Banksy lands, from Cherman, a land of American illustrators. Lichtenstein?

A gentleman’s marked of fibres bathed in coloured nectar.

Which is your village, mohama? One of your stories and your histories, or is it one that the wind can’t escape? Jailed, cradled, groomed. Free as a timeline.

Luxury is found at a shantytown.