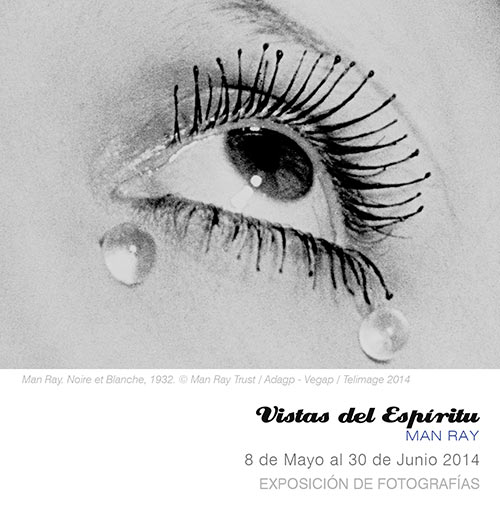 “Of course, there will always be those who only look at the technique, who ask for the ‘how,’ while others of a more curious nature will ask ‘why.’ Personally, I’ve always preferred inspiration to information…”

MONDO GALERIA presents a unique exhibition of one of the greatest photography geniuses of all time: MAN RAY (United States, 1890). Pierre-Yves Butzbach (France, 1955) and Horacio Basilicus (Italy, 1963), this unpublished exhibition presents a journey through the multifaceted work of Emmanuel Radnitsky, visionary of photography as art, and a member of the Dada movement in Paris and then after the Surrealists, a movement in which the juxtaposition of emblematic works in different media helps to create a global image of the poetic universe of its author.

On May 9th, with the moratorium of the exhibition and to complete the multifaceted work of MAN RAY, we will be showing the films “Retour á la raison” (1923), Emak Bakia (1926), “Star of the Sea” (L’Etoile de mer, 1928), presented by Pierre-Yves Butzbach.

This projection is possible thanks to the

Man Ray, recognized as one of the greatest photographers of all times, occupies a prominent place in the history of 20th century art. Some of his photographs have become emblematic and inescapable. As a great visionary, he was one of the first to use photography not simply as a means of documentation, but as a true medium for creation.

His artistic aspirations led him to explore photographic techniques, both in the making of the image and in the laboratory. But his work is not exclusively devoted to photography; he is also a painter, drawer, filmmaker, creator of objects, and a poet.

He participated in the avant-garde movements, where both the Dadaists and later the Surrealists favoured this interdisciplinary approach, being composed of artists of all backgrounds: writers, poets, painters, sculptors, musicians, actors, filmmakers, and photographers… all aspiring to a new conception of art.

Already in New York, Man Ray, the young artist, was interdisciplinary. Upon his arrival in Paris, welcomed by the Dadaists, he couldn’t help but join them and become a link in the chain reaction of experimental and innovative creative processes. Man Ray, who had always refused to be typecast, claims the fertile mix of ideas and techniques forged his artistic creations, which he often developed in multiple medias throughout different eras. Man Ray continued to enrich the media he used to experiment and in turn they would enrich him. His complete works are presented as a mixed set inhabited by a single unmistakable spirit.

It is necessary to accept these variations in order to appreciate the artist’s work in all its complexity and to understand the creative process of Man Ray, and the importance of his work in the development of contemporary art.

The Man Ray exhibition “Vistas del espíritu” (Views of the Spirit) is a retrospective looking at the artist’s creative process that was used to link his vision to the object created, through the use of multiple technical means. 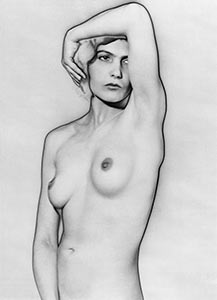 Thanks to a juxtaposition of the photographic work with engravings, collages, objects, films and books – the exhibition presents the aesthetic and conceptual universe of Man Ray. Divided thematically, the ideas of the author can be directly appreciated.

Within these divisions, each of the works exposed (new prints, original copies, objects and drawings) help us to navigate through the ideas of an artist who knew how to use material to the full potential of its poetic effect.

Emmanuel Radnitsky (South Philadelphia, Pennsylvania, U.S. 1890) met Alfred Stieglitz in 1910 at his famous ‘291’ gallery on 5th Avenue. There, Ray comes in contact with the work of important artists and begins to frequent the artistic environments.

He had his first contact with Cubism in 1913 in the Armory Show “International Exhibition of Modern Art” that took place between February 17th and March 15th, 1913, and became a turning point for the art of the United States, including works by many Impressionists, Fauvists and Cubists.

Ray had his first solo exhibition in 1915, the year he met Marcel Duchamp, who encouraged him to experiment with techniques such as collage and assembly. He began his career as a painter but driven by Duchamp, Man Ray moved to Paris in 1921. He joined the Dada Movement and then the Surrealists. Around 1921 he began to work in photography, closely following the work of Moholy-Nagy, since both worked with three-dimensional and mechanical pieces. It was in Paris that Ray discovered that his painting career was not as productive as his photography. He became dedicated to photography and portrayed relevant figures in the art world and the bourgeoisie. They are portraits where the personal expression of the person portrayed dominates the image.

Ray was, above all, a studio photographer, for whom manipulation in the laboratory, reframing, enlarging or retouching, were essential elements. His main interest was directed towards the expansion of the visible world. For Man Ray: “The photographer is a wonderful explorer of the aspects that our retina never registers. (…) I have tried to capture the visions that the twilight, the light too vivid, its transience or the slowness, that is missed when our eye betrays our senses.”

Man Ray died in Paris in 1976. His last wife Juliet Browner, whom he met in Los Angeles when he returned from Paris due to World War Two, immediately created the MAN RAY Trust, in collaboration with which this exhibition is held.